The best time to see whales in Tenerife is... always! This is thanks to the pilot whales that make their home in the Tenerife waters. As for when the best time for you to see the whales is, that really depends on what you’re looking for. 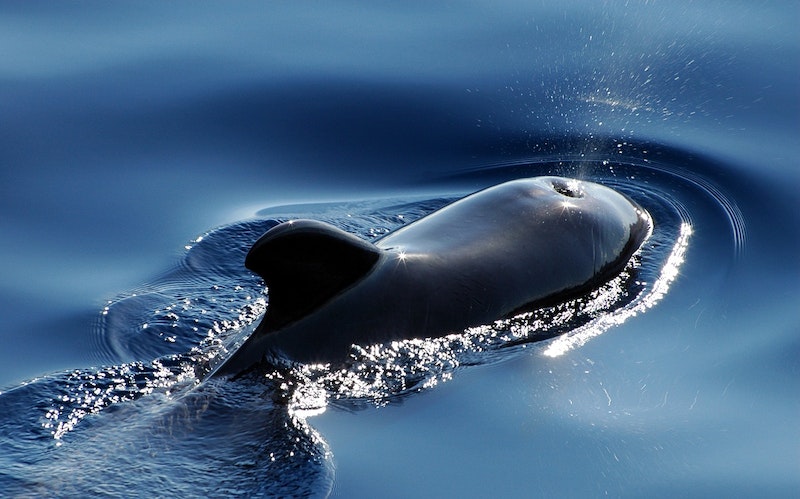 You're almost guaranteed to see pilot whales around Tenerife The time of year will not only dictate the weather, but also the footfall and crowd levels on the boats. It’s well worth planning in advance!

Where to Go Whale Watching in Tenerife

Learn About the Most Incredible Whale Species in Tenerife

The best month for whale watching Tenerife is, in our opinion, June. At this time of year, before the school holidays traditionally start, you get the best of both worlds. Great weather with daily temperatures ranging from 21°C to 26°C will keep it feeling like a holiday and the tour companies won’t quite be entering their busiest periods, so you’ll have less crowded boats and not as much pressure to book way in advance. The whales you’ll typically see in June are pilot whales, with the possibility to catch the end of sperm whale high season and the very rare occurrence of orcas.

How to See The Most Whale Species

February/March is the best time to see the most whale species as you’ll catch the usual pilot whales plus the chance to spot migratory humpback and fin whales. Towards the beginning of March, you also wander into sperm whale high season too. Also, you’ll be better off taking a smaller tour on a sailing boat or motorboat rather than the standard catamarans that will only go out for the pilot whales and dolphins.

These are the busiest months in Tenerife for everything, including whale watching trips. 6 million tourists visited Tenerife in 2018 and as the popularity of Costa Adeje increases, that number continues to climb!

The winter months in Tenerife are the least busy but still you will find many whale watching tours open for business, especially in Costa Adeje. The weather will be cool but still blissfully sunny - you’ll want to take a jacket with you as it’s also the windiest time of year! If you’re eager to go sailing, these windy months are perfect, just don’t forget to take your seasickness medication as the waters will be at their choppiest. You have a higher chance of seeing the migratory whales at this time of year, but remember the closer you are to the coast the harder it will be to spot them. The large whales live far out in the ocean so consider booking a more specialist tour instead of the standard catamaran if you’ve travelled to Tenerife just for the whales.

The Rest of The Year!

The Spring and Autumn months still offer you the chance to see pilot whales and dolphins, with increased chances of spotting killer whales in the springtime and migratory blue whales in the Autumn - although are very rare. While you can plan very carefully, there’s never a 100% guarantee that you’ll spot these wild animals no matter what time of year you visit. This is why you should look for whale tours that include a guarantee, like Tenerife.fun. 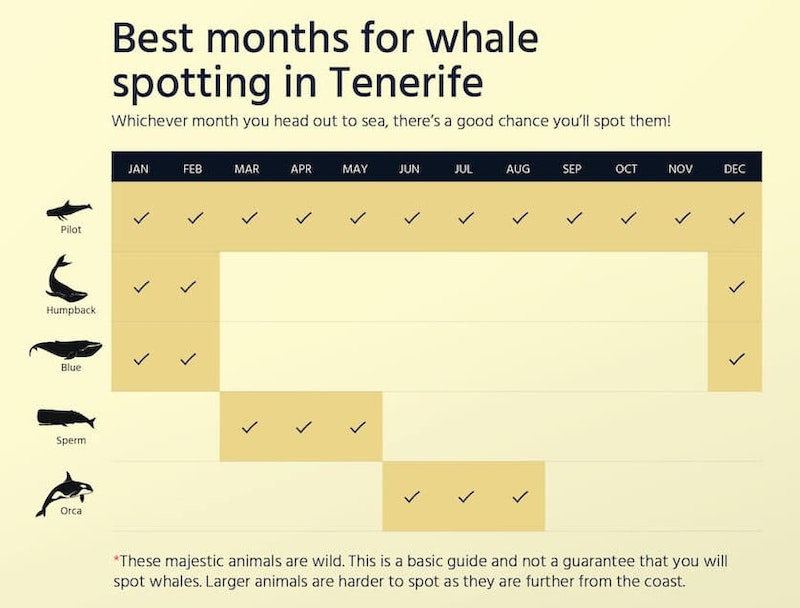 Enjoy an exclusive, private sailboat journey around the alluring volcanic coasts of Costa Adeje, Tenerife with an itinerary of your choice.